CREALOGIX research: 1 in 4 Millenials and Gen-Zs are using Challenger Banks with Monzo the most popular 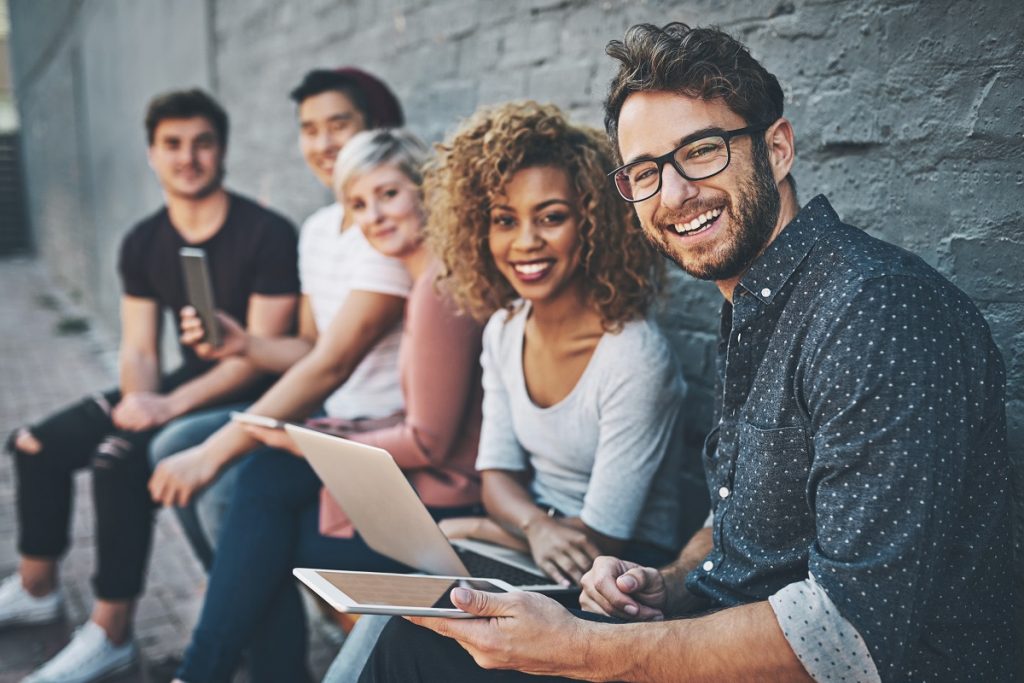 There’s a quiet revolution happening in banking. A survey of 2,000 UK consumers commissioned by CREALOGIX has found 1 in 4 under 37s have confirmed they are using digital-only challenger banks and 14 per cent of UK bank customers across all age groups have at least one mobile-only digital banking provider. Up to a third of under 37s have two or more accounts with challenger banks.

While the major banks maintain their dominant market share of current accounts at 87%, the digital-only banks are gaining ground amid high levels of activity in new account opening. 44% of survey respondents have opened at least one new bank account in the last 5 years, increasing to almost 80% of Gen-Zs.

61% of UK bank account customers are thinking about opening an account with a new provider in the next three years. This trend increases with Millennials and Gen Zs, with 75% looking to open a new account in the next three years. Take up of the digital-only challenger banks is three times higher amongst these age groups, demonstrating the extent to which the preferences of the digitally-savvy younger generations are driving the disruption of the market.

The research also suggests newcomers are picking up market share at a rapid pace. German challenger bank N26 feature in the survey results even though they only just launched in the UK in October 2018. 3% of Gen-Zs and 2.5% of Millennials surveyed said they have an N26 account, which would include people who signed up for early access or are still on a waiting list.

The survey of 2,000 consumers by CREALOGIX also revealed the most popular mobile-only digital challenger banks: Starling, Revolut and Monzo – Monzo being the most popular for the under 37s. (While Starling Bank and Monzo are licenced banks in the UK, Revolut currently operates via an e-money licence in the UK and uses passporting to distribute its offering across other European Union markets.)

Preferences changed markedly for older respondents, which overall are much less likely to use a challenger bank – only 6% of over-55s said they had an account with one of the leading challenger brands. Those who do have accounts with challengers preferred to use Revolut and Atom Bank.

After the financial crisis of 2008, market share of the major high street banks concentrated, with over 80% (and at times as much as 90%) of personal current accounts (PCAs) held in only the biggest six firms[1]. Soon after this a YouGov survey (2013) on public trust in banking found that consumer satisfaction was at an all-time low.

The new CREALOGIX research asked UK challenger bank customers what they liked best about their bank. Customers repeatedly highlighted ease of use, customer experience, accessibility, flexibility and innovative functionality such as the ability to lock bank cards temporarily, and get mobile notifications and visual summaries about spending activity.

When asked what they liked about using a digital challenger bank, one interviewee said: “This is probably the easiest account I have opened. It’s the only account I have where you can nominate the date your interest is paid and that predicts the amount of interest due for entire term of deposit”.

Another interviewee said: “I love how easy it is to use, how I can freeze my card and alter my settings on the fly and use the card freely abroad. I love my Monzo and Starling accounts because they are easy to use and easily accessible. They help me to budget my money and achieve saving goals.”

Jo Howes, Commercial Director at CREALOGIX UK, said: “The big question of fintech in the UK has been whether the new banks could eat into the highly centralised market share of the top tier banks. We are now seeing figures that clearly show the challenger banks are making rapid progress and gaining market share. The figures and rate of change are enough now to make incumbents sit up and take notice. Our research shows that consumers are attracted to the convenience, usability, and personalisation available from the challengers. To respond to the challenge, established banks need to accelerate their digital transformation and prioritise customer-oriented features and benefits.”

Anton Zdziebczok, Head of Product Strategy at CREALOGIX UK, said: “When they announced a limited beta launch recently, N26 had over 50,000 new UK customers on a waiting list. We are used to seeing lines around the block for new iPhone releases, but this is surprising for a bank account. For the first time, people are actually excited about what’s on offer from a bank. This is no accident because the challengers are using consumer-oriented design and marketing strategies to reimagine what banking can look and feel like. The question for incumbents – including both bank and building societies – is how they can transform their own offerings into something with enough appeal to compete with this influx of innovative competitors.”

The independent study was undertaken by Censuswide between 7-12 November 2018. It interviewed 2,000 18-65 year olds who currently have a bank account.

Click here to find out more about digital banking solutions from CREALOGIX.

I would be pleased to arrange an interview with the management of CREALOGIX for you. Please call me on +44 (0)208 819 3170 or send an e-mail to: crealogix@brightbee.co.uk