Becoming part of the solution: banks and sustainability

How can banks act in a manner which supports global sustainability, and what contribution can they themselves make? These are questions becoming increasingly important in the eyes of investors, management, and customers of financial institutions.

Banking and money management are part of every adult’s daily life, which establishes first that financial institutions are in a strong position to initiate and support behavioural changes in the general population, and secondly that this is a space unlikely to remain neutral and silent as awareness of the global climate crisis finally unfolds. 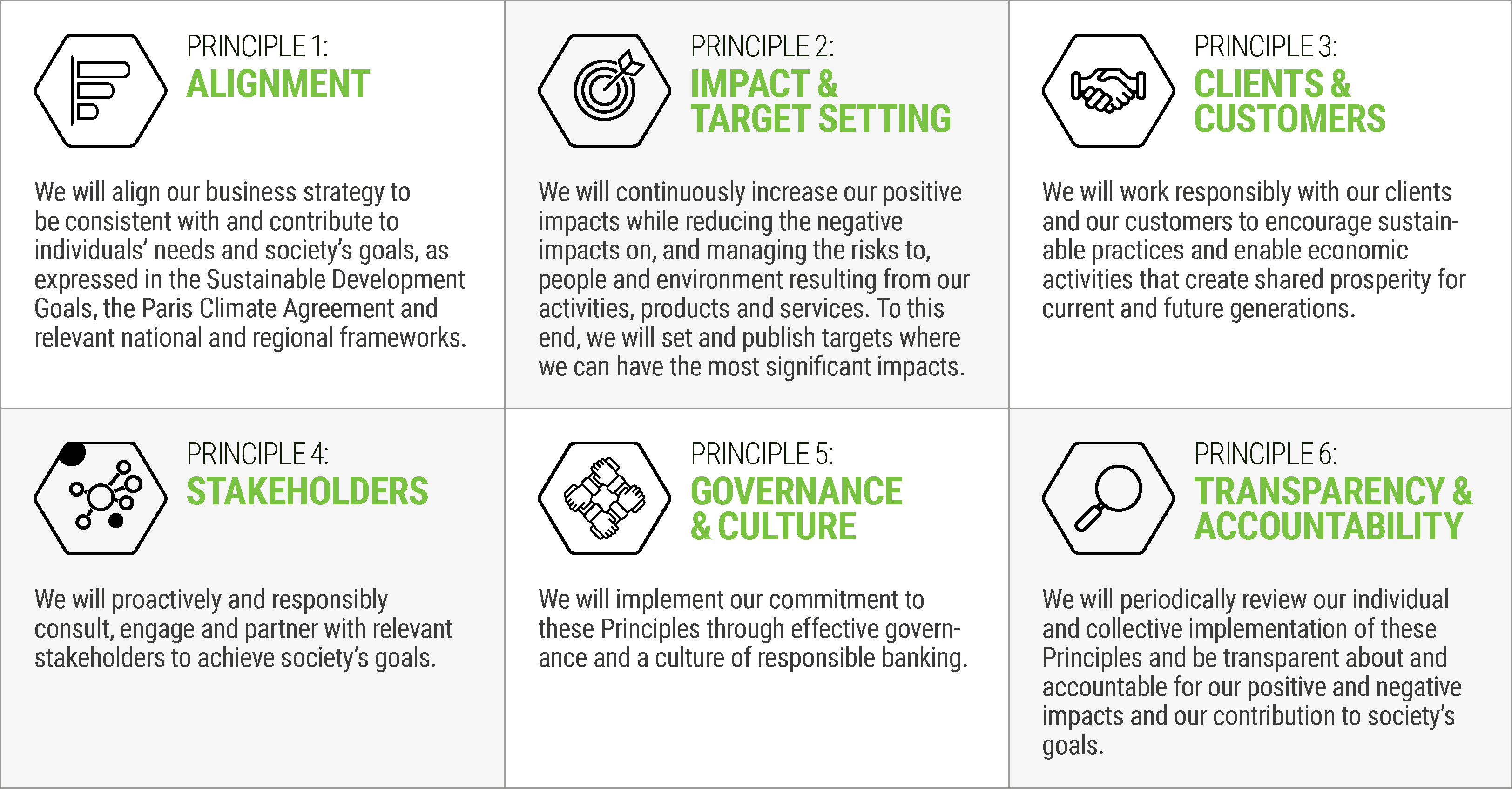 Many banks are aware of this power and the resulting responsibility. The UN Environment Programme Finance Initiative (UNEP FI) launched “Principles for Responsible Banking” with 130 banks from 49 countries in September 2019. Their website now lists 311 financial institutions as signatories plus 115 further supporting organisations. Founding signatories in the UK included Barclays, Lloyds Banking Group, and RBS.

The key lever for the financial sector is in the direction of capital towards investments. Rudolf Geyer, Managing Director of the digital financial services provider ebase, states: “Sustainability is an important factor in the investment of Germans and is a further dimension alongside return, risk and liquidity.”

Investors in banks themselves may start to exert more pressure in coming years. In a recent survey by Bank of America Merrill Lynch, U.S. executives underestimated the percentage of their company’s shares held by firms employing sustainable investing strategies. The average estimate was 5%; the actual percentage is more like 25%. With trends like this it seems certain that all public companies will have sustainability high on their agenda, even if their businesses are not directly related to either the causes of environmental problems or technology and action to address them.

According to Robert G. Eccles and Svetlana Klimenko in the May-June 2019 issue of the Harvard Business Review:

In 2006, when the UN-backed Principles for Responsible Investment (PRI) was launched, 63 investment companies (asset owners, asset managers, and service providers) with $6.5 trillion in assets under management (AUM) signed a commitment to incorporate ESG issues into their investment decisions. By April 2018, the number of signatories had grown to 1,715 and represented $81.7 trillion in AUM. According to a 2018 global survey by FTSE Russell, more than half of global asset owners are currently implementing or evaluating ESG considerations in their investment strategy. 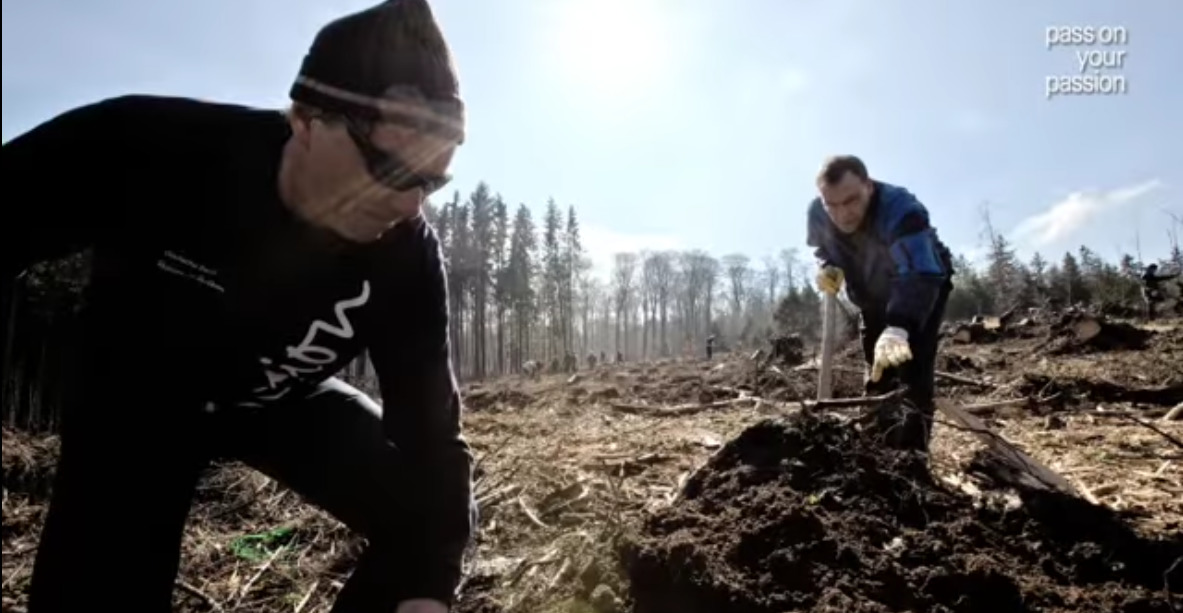 Away from large-scale investments, there are still plenty of sustainability issues to be considered in day-to-date banking. One example may be the carbon footprint and energy sourcing of bank physical premises and data centres. Many cloud hosting companies are now making sustainability a key selling point of their services. Meanwhile, for others location can help: Norway’s biggest bank, DNB, runs its main data centre in an underground bunker near Stavanger that is cooled by freezing water from a neighbouring fjord.

Perhaps more tangibly from the point of view of end customers, banks consume large amounts of paper. A good side-effect of the cost saving and improved customer experience of “going paperless” is an improvement in impact. In the UK, NatWest says last year it printed more than 450 million sheets of paper and 100 million envelopes. The bank plans to phase out paper statements from January 2020.

In Germany, Deutsche Bank calculated that 1,000 trees were being cut down for the paper in their bank statements each year. In a programme which has now run for 10 years, the bank pledged to plant a tree for each new activation of a digital messaging system. Since the start of the initiative, 90,000 deciduous trees have been planted in alliance with the non-profit organisation Trinkwasserwald, and 28 hectares of land have been recovered, in turn contributing to increased supply of fresh water to the ecosystem.

Banks with a mission

HSBC recently announced the results of seven years of their Water Programme – 1.7 million people can now access safe water, and 2.7 million people have received access to sanitation facilities thanks to US$150m in funding. PR folk and employees alike will certainly be proud to shout about such results, and both insiders and customers of other financial institutions will perhaps be responding to this great example and asking if their leadership are engaged in similarly impactful environmental and social efforts.

Where might the banking and payments industries innovate to help their customers gain awareness? In the future we should expect to see banking and payment apps that calculate the ecological fingerprint of individual transactions. In 2019, Swedish fintech company Doconomy launched a credit card that tracks the carbon dioxide emissions of purchases, and caps the climate impact of users’ spending.

Similarly, digital banking and personal finance apps could perhaps score retailers and brands which appear in your statements and receipts, based on their ESG performance. 46% of global consumers said they would be willing to forgo a brand name to buy environmentally friendly products. Open banking provides the technology for a huge range of innovation in this kind of enhanced personal financial awareness.

From this quick review, it’s clear we are only at the beginning of a wave of innovation that’s motivated by powerful forces of growing awareness and concern about our human impact on the planet. The banking industry has an enormously positive potential role to play in this story, both directly and indirectly. 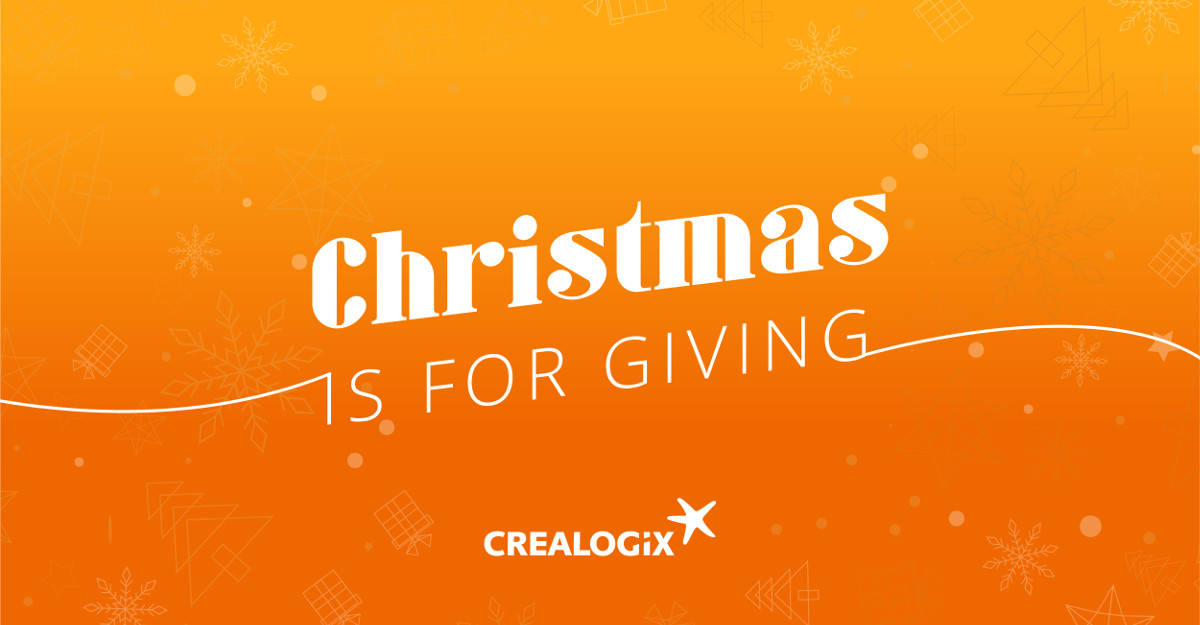 We are convinced that new technologies will not only make banking more efficient, but will also produce solutions that will help us actively address key environmental issues.

This is impressively demonstrated by the initiative The Ocean Cleanup. Billed as “the largest cleanup in history”, this non-profit organisation tackles plastic waste in seas and rivers, which, if left unchecked, massively endangers ecosystems and makes people and animals sick – especially through the circulation of microplastics.

Passive cleaning systems that move with the tides, as well as solar-powered collection tanks in rivers, are so effective that the project aims to reduce plastic in the world’s oceans by 90 percent by 2040. This sounds like the kind of goal we can get behind! This year CREALOGIX Germany took their annual budget for Christmas cards and gifts and instead used it to support The Ocean Cleanup.

To find out more about The Ocean Cleanup, and donate, visit: https://theoceancleanup.com/donate/